Assessing and Treating Patients With Psychosis and Schizophrenia Assignment

Assessing and Treating Patients With Psychosis and Schizophrenia Assignment 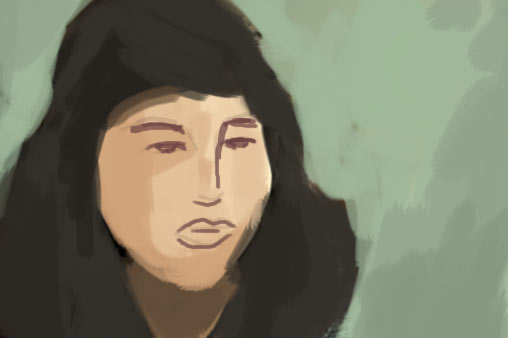 The case study involves a 34-year-old Pakistan female with delusional thoughts. She was selected for a husband when she was nine years old and is now in an “arranged marriage.” She moved to the U.S during her teenage age. The patient was previously admitted for 21 days due to what was described as a brief psychotic disorder. Before the admission, she reported seeing Allah and believed she was prophet Mohammed Assessing and Treating Patients With Psychosis and Schizophrenia Assignment. The husband was so concerned to a point he could not leave the wife to take care of the children.  One evening she was out of control, and she was arrested by the police and admitted to a psychiatric unit.  Today she looks cool and denies any previous delusional thoughts claiming that the husband wants to get her out of the house to marry another wife as the TV tells her. Her current weight is 140 lbs., and her height of 5’ 5. Her pervious medical records show no major concerns. Also, the laboratory examinations are within the normal limit.  She has been on Risperdal but stopped taking the medication one week after discharge because she believed the husband would poison her to marry another wife. The mental status examination shows that the client is alert and well-oriented X4. She is appropriately dressed for the event and weather. She demonstrates no abnormal motor activities. Her speech is slow and interrupted. She has impaired judgement and insights.  She has constricted, affected, and euthymic self-reported mood. She denies auditory or visual hallucinations but admits the TV talks to her.  She currently denies suicidal or homicidal thoughts. On PANSS admission, she scores 40, 20, and 60 on the positive, negative symptoms scale, and general psychopathology scale. Thus, she is diagnosed with schizophrenia, a paranoid type.

Invega is an effective antipsychotic medication that has proven effective in the treatment of psychotic and mood symptoms in patients with schizophrenia (Nucifora Jr et al., 2019). The reasoning for choosing to start with Invega Sustenna is that the patient returns with improved symptoms after four weeks. The client demonstrates decreased PANSS score of 25%. Besides, the client tolerates the medication. The client should not take Zyprexa due to poor response and weight gain. Also, the client cannot start with Abilify due to non-response Assessing and Treating Patients With Psychosis and Schizophrenia Assignment. When the patient is given Abilify, she is unable to sleep at night and participate in the PANNS rating tool because she continually nodes off during the assessment. The efficacy of Invega Sustenna (Paliperidone), a long-acting injectable formulation for inpatients with schizoaffective disorder, was demonstrated through randomized case-controlled studies conducted in adults aged 18-65. The study was conducted based on the DSM-5 criteria for the diagnosis of schizophrenia. In the study, Paliperidone demonstrated effectiveness in delaying and reducing relapse compared to placebo (Alphs et al., 2022). The study demonstrates the efficacy and safety of Paliperidone long-acting injection (PLAI) when used as a monotherapy treatment or adjunctive therapy in the treatment of patients with schizoaffective disorder. Poor adherence rates to oral medications have been reported in the schizophrenic population. The occurrence of previous or current adverse events of treatments was associated with poor attitudes to antipsychotic treatment (Alphs et al., 2022). In a prospective study, the fear of adverse effects of antipsychotic medications was the main reason for non-adherence to oral medications. The ethical consideration, in this case, is the safety of the patient. Patient safety is a key issue in healthcare that predicts treatment outcomes. Considering the patient has delusional thoughts, it would be ethical to administer an injection to promote adherence and improve the symptoms.

Decision #2; Continue same made but instruct administering nurse to begin injections into the deltoid at this visit and moving forward

Invega Sustenna can be administered in the gluteal muscle or the deltoid. However, during initiation of the therapy, Invega Sustenna should be administered at the deltoid muscle and either at the gluteal muscle or deltoid during maintenance therapy. In this case, the injection should be administered at the deltoid region because the patient complains of pain at the injection site; thus, she has trouble when sitting down. Switching of therapy would not be recommended since the patient is demonstrating significant therapy response despite the pain at the injection site. The patient cannot switch from long-acting Paliperidone to Haloperidol decanoate. Studies investigating the effectiveness of LAI Paliperidone palmitate (PP) to LAI Haloperidol decanoate (HD) in the treatment of individuals with schizoaffective disorder discovered no significant difference in the efficacy of the two treatments. Randomized controlled trials also support that there is no evidence for the superiority of long-acting PP to HD (Parellada et al., 2018). However, patients treated with Haloperidol decanoate (HD) demonstrated increased akathisia and the need for more medications to manage Parkinsonism and akathisia associated with the use of HD (Di Lorenzo et al., 2019). Moreover, the patient cannot be administered Abilify due to poor adherence to oral therapy. Besides, Abilify does not bind to D2 receptor-like Invega, thus can be ineffective in this patient. The decisions are achieved by considering the efficacy and tolerability of the medication. Assessing and Treating Patients With Psychosis and Schizophrenia Assignment The choice of medication should not cause harm to the patient but ensure patient safety and improve the treatment outcomes.

Decision #3; Continue with Invega Sustenna and counsel the patient that weight gain from the medication is not the same as other effective drugs can cause. Also, make an appointment with a dietician and exercise psychologist. Then follow-up the patient after one month.

For most patients using Invega Sustenna, significant weight gain is noted. However, clinical monitoring of weight gain is recommended (Deslandes et al., 2018). In this case, the patient should continue with the Invega Sustenna dose and be educated on the side effects of the medication, such as weight gain. Pain education is a powerful intervention that can promote medication adherence. Thus, the patient should be educated on how to manage the side effects of the medication, which as weight gain, by consulting a dietician and exercise psychologist. Ethically, it would not be advisable to shift to another agent if the current treatment demonstrates efficacy for at least six months. Besides, although Abilify Maintena could be a good option for treatment of the patient, it is recommended for patients with good adherence to oral Abilify. Also, Abilify is associated with side effects such as akathisia (Mustafa et al., 2019). Thus, since the patient is receiving long-acting IM medications, tolerability and efficacy of the medication should be first tested orally before giving the first injection. Nevertheless, if the patient receives Abilify Maintena, a 2-week overlap oral therapy would be necessary to boost the blood levels lagging behind the injection dose. Further, the patient cannot receive Qsymia because it is a weight loss medication indicated for obesity treatment. Literature shows that Qsymia should be administered as an adjunct to a reduced-calorie diet and increased physical activity which individuals with a BMI greater than 30 kg/m2; however, in this case, the patient has a BMI of 28.9 kg/M2, which does not meet the criteria for defining obesity. Further, Qsymia is associated with cardiovascular toxicities such as increased blood pressure, heart rate, and heart load (Ritchey et al., 2019). The ethical decisions here are guided by the tolerability and efficacy of the medication. Patient education and follow-up are also key to promoting medication adherence since the patient is concerned about weight gain.

Current evidence shows that most patients with schizophrenia disorder have challenges adhering to oral antipsychotic medications. In this case, the patient is diagnosed with schizophrenia, a paranoid type. The first choice for treating the patient is Invega Sustenna (Paliperidone) 234 mg IM, a second-generation antipsychotic medication that has proven effective in the treatment of patients with schizoaffective disorder. Assessing and Treating Patients With Psychosis and Schizophrenia Assignment Paliperidone monotherapy demonstrated effectiveness in the treatment of patients with schizophrenia compared to placebo (Alphs et al., 2022). Invega Sustenna can be administered in the gluteal muscle or the deltoid muscle. However, during the initiation of therapy, the injection should be administered during the deltoid therapy. Thus, the second choice of therapy is to continue with the same dose of Invega Sustenna but administer it to the deltoid muscle. However, significant weight gain is reported among schizophrenia patients treated with Invega Sustenna. Thus, since the medication is working effectively, she should continue with Invega Sustenna but be educated on the benefits and risks of the treatment. The client should be referred to a dietician and exercise psychologist. Also, she should be followed up after one month to monitor medication adherence and clinical monitoring of weight gain.

The client is a 34-year-old Pakistani female who moved to the United States in her late teens/early 20s. She is currently in an “arranged” marriage (her husband was selected for her when she was 9 years old). She presents following a 21-day hospitalization for what was diagnosed as “brief psychotic disorder.” She was given this diagnosis as her symptoms have persisted for less than 1 month.

Prior to admission, she was reporting visions of Allah, and over the course of a week, she believed that she was the prophet Mohammad. She believed that she would deliver the world from sin. Her husband became concerned about her behavior to the point that he was afraid of leaving their 4 children with her. One evening, she was “out of control,” which resulted in his calling the police and her subsequent admission to an inpatient psych unit Assessing and Treating Patients With Psychosis and Schizophrenia Assignment

During today’s assessment, she appears quite calm and insists that the entire incident was “blown out of proportion.” She denies that she believed herself to be the prophet Mohammad and states that her husband was just out to get her because he never loved her and wanted an “American wife” instead of her. She says she knows this because the television is telling her so.

Client reports that her mood is “good.” She denies auditory/visual hallucinations but believes that the television talks to her. She believes that Allah sends her messages through the TV. At times throughout the clinical interview, she becomes hostile towards you but then calms down.

A review of her hospital records shows that she received a medical workup from a physician, who reported her to be in overall good health. Lab studies were all within normal limits.

Client admits that she was tolerating her Risperdal well but stopped taking about a week after she got out of the hospital because she thinks her husband is going to poison her so that he can marry an American woman Assessing and Treating Patients With Psychosis and Schizophrenia Assignment.

The client is alert and oriented to person, place, time, and event. She is dressed appropriately for the weather and time of year. She demonstrates no noteworthy mannerisms, gestures, or tics. Her speech is slow and, at times, interrupted by periods of silence. Self-reported mood is euthymic. Affect is constricted. Although the client denies visual or auditory hallucinations, she appears to be “listening” to something. Delusional and paranoid thought processes as described above. Insight and judgment are impaired. She is currently denying suicidal or homicidal ideation.

You administer the PANSS which reveals the following scores:

-40 for the positive symptoms scale

-20 for the negative symptom scale

Select what you should do: